IN THE BEGINNING THERE WAS NO CROWN VALLEY PARKWAY, NO PACIFIC ISLAND DRIVE, NO CASALERO DRIVE. The spirit of Queen Califia hovered over the waters of Monarch Bay. Swirls of morning mist moved between the hills, obscuring the broad vistas and lingering valley floors just as they do today. This fine Pacific spray lends a tranquil feeling to the community high above the sea.

Long before the Spanish conquistadors moved north from South America and Mexico, the Juaneno Indians settled by a natural spring which they called “Niguiti”or “Niguli,”and along the alder-laden shores of Aliso Creek. (“Alisos” is the Spanish word for the alder tree.) The creek originated in the Santa Ana Mountains and wound its way through the valley to the Pacific Ocean. The creek was an ideal setting for the Native Americans. They hunted, fished and gathered nuts, fruits and seeds.

The Franciscan monks, led by Father Junipero Serra, dedicated the site for the San Juan Capistrano Mission in 1776. When they built the mission, they were assisted by the friendly Juanenos. The wood from the alder and oak trees that grew along the banks of Aliso Creek was used to build the mission as well as the limestone for making plaster and cement. The Mission Fathers called the area Rancho Niguel honoring the Indians, referring to their settlement beside Aliso Creek. Among many other activities, the mission raised cattle. The Juanenos proved to be natural horsemen, and so they tended to the livestock. Crown Valley follows an old cattle trail.

In 1821, California became Mexican territory. Many rancheros were formed, including Rancho Niguel. During this period, Rancho Niguel was primarily used as a sheep ranch. The first private owner of the area was Juan Avila, a resident of San Juan Capistrano, who obtained the land through a Mexican Land Grant in 1842. Juan Avila was successful in reestablishing his title to the land after California became United States Territory in 1848, and remained the owner until 1865. In 1895 “Rancho Niguel” became part of the Moulton Company, a company that would eventually control over 19,000 acres of local ranch land. If you drove down the highway from Santa Ana to San Diego in 1940, you would have passed through the Moulton and Company Ranch with its headquarters, barns and grain elevators at the intersection of the railway with El Toro Road. Nearby were the remnants of the Juan Avila adobe melting away by the roadside at the crossing of the Aliso Creek under the road leading southward.

Saddleback Mountain
Painted by William Wendt, circa 1923
Looking northeast over what is now Mission Viejo

The genesis of today’s Laguna Niguel was the establishment of the Laguna Niguel Corporation in 1959 by Cabot, Cabot and Forbes, a Boston development company, making it one of the first master-planned communities in California. Victor Gruen & Associates, a Vienna architectural firm, developed the plan. The construction of the San Diego, I-5, Freeway in 1959, allowed more people to arrive. The developers named the area Laguna Niguel, first to capitalize on name of the already established “Laguna” and second for the Indian settlement in the area.

While the communities were being built, “Rancho Niguel” was grazing and agricultural land. Basque sheepherders oversaw herds that roamed the hillsides, while tenant farmers cultivated barley and garbanzo beans. Some people still herded cattle. The Laguna Niguel Corporation signed yearly contracts with these herdsmen and farmers as a profitable enterprise until the planned communities expanded. 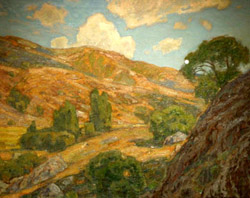 The first communities developed were right along the coast, Monarch Bay and Monarch Terrace built between 1960 and 1962. The development of level home sites required shifting hundreds of thousands of cubic yards of earth. In 1964 Monarch Bay Plaza was built giving the new residents an entire shopping center; market, bank, theater, small shops, professional building, restaurants and gasoline station. In 1971, the Avco Community Developers continued the plan. In 1973, Laguna Niguel Regional Park opened and on December 1, 1989, Laguna Niguel became the 29th incorporated city in Orange County. Monarch Summit II is built on top of Niguel Hill which rises 936 feet from the Pacific. Our pleasant Mediterranean climate is further enhanced by a gentle to strong breeze blowing off the ocean. Seaview Park, near the summit of Niguel Hill, is another wonderful attribute to our community, and is an easy walk among native plants to a breath taking view of Aliso Creek Canyon and Santa Catalina Island. Turkey vultures soar below in the shadow of the canyon walls, and one can see small caves which must surely have been used by the Juanenos. When Monarch Summit II was built, the entrance to the community was from Crown Valley up the hill going east on Pacific Island Drive, stopping at Flying Cloud. This made the communities at the top of the hill hidden gems.

Monarch Summit II first came into being when Articles of Incorporation were filed on December 10, 1974 and the Amendments and CC& R’s filed in December, 1975. The community was developed in four phases from February, 1976 to January of 1977. The prospectus allowed our early residents to choose a house, a half-built house, or a lot. A sign on the corner of Crown Valley Highway and Pacific Coast Highway directed Diane and Frank Santilli to view Monarch Summit II model homes. The three models were located at Monarch Summit I. They purchased a “B” for $69,000. Monteago Road was not paved or landscaped when they moved in.

Months before you purchased a unit, when construction and framing was just beginning, modifications of construction on your unit could be added at an additional cost. When the trees were delivered for planting, the landscape contractor placed them in front of units for storage on each street. Later the trees were planted the way they were placed. That should answer why some units have one, two, three, and in some cases four Pear trees. The units on Mariano Drive facing the Ocean and with city light views were sold at a premium price, asking $84,000. The units facing Laguna Sur on the west slope were sold at a lower price due to the location and the view.

On June 25, 1977, the Casalero Clubhouse was formally opened at a joyful party with 150 people in attendance. Monarch Summit II was in full swing. Immediately, the monthly newsletter began and there was a contest to pick a name for the bulletin. Thirty two names were submitted and “Summit Summaries” was the winner. The first Friday Night BYOB Mixer was held on August 1st and the bridge and poker groups were started. They even had a “golf club.” With a thriving community of 190 houses it was now time to get organized. In October, 1977, the first Manual of Information and Governing Documents was printed.

Because you had to go west down Pacific Island Drive hill and then east on Crown Valley you would think it would have taken a long time. However, with only one stop light and two stop signs it took about 10 minutes. Today the same trip can take 20 to 25 minutes. It was a big change when in late 1987 and early 1988 Pacific Island Drive was completed all the way down the hill, making it easier to travel on and off “The Hill.”

An even more momentous change occurred at the end of 1987. A restriction did not allow any children under 18 years of age to live at MS II for more than two weeks. Monarch Summit II residents voted to make their community a “Senior Community” by one vote with lots of bickering, choosing sides and division in the community. This turned out to be fortuitous because the Fair Housing Act was passed in February, 1988, which prohibited discrimination in the sale or rental of housing based on age, except for Senior Communities. From the inception of Monarch Summit II, the Board and homeowners were very political and elections were a big-time thing with homeowners choosing sides. Women were not even considered for positions on the Board. The many changes to our CC&R’s and Bylaws took place on a wholesale basis in the early years, with everyone trying to satisfy their own desires about what they wanted for MS II.

Most of these individuals have since moved on, and a calm on the political agenda has fallen upon MS II, making it what it is today. MS II is one of the premier associations on the hill, with devoted volunteers and committee members working in harmony. Every newcomer was eager to meet their neighbors. As a result there were many parties and get-togethers. The Clubhouse was very fully utilized with the volunteers for each party getting their own committee. About 1985, we had one unit on Andara that was operated as a crack house. The Sheriff’s Department moved in and shut it down. And there was once an ugly coned shaped antenna standing 50 feet in the air just west of Casalero that was manually operated around the clock by a cable company during the beginning years of cable TV. It was finally eliminated and the property returned to MS II. The popularity of Monarch Summit II was not surprising. The units were as peaceful and quiet as they are today. Insulated from outside noise, even next-door neighbors are seldom heard. Plus their architectural configurations and positioning provide residents, past and present, with a sense of privacy and the feeling of living in a single family home.

Laguna Sur had yet to be built. There were no other buildings around and when walking the hills where Laguna Sur now stands, all you could see was the clear blue sky and Pacific Ocean. It was all natural, with an abundance of wild flowers, trees and flowing grasses. The same community spirit exists today. Our fun-filled parties abound with laughter, and provide the opportunity to visit with old friends and welcome new ones. Our hard-working Board keeps our dues low. Our Summit Summaries continues to inform us of the activities in and around our community. Volunteers come out of the woodwork to make our little community hum. Queen Califia’s spirit hovers over us and blows gentle breezes through the hills and valleys where once Juaneno Indians enjoyed the beauty of our Niguel Hill and Aliso Canyon.